A Cut of Kindness 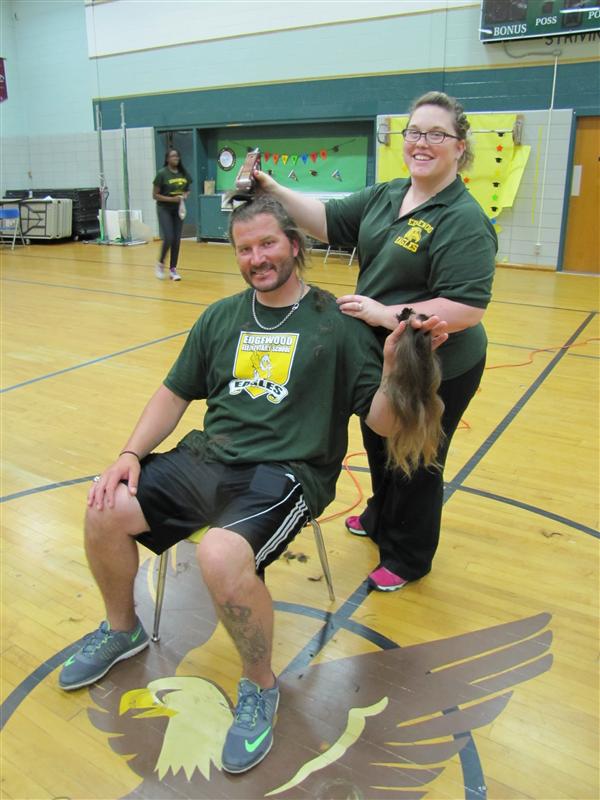 Edgewood's Physical Education teacher, Mr. Basich, made good on a challenge on the last day of school, allowing 4th grade teacher Miss Davis to cut his long hair at an all-school assembly. Miss Davis’ class raised the most money for the American Cancer Society in a school-wide “penny wars” change collection, donating more than $70 of the total $400 raised.

Basich, who had been growing his hair for four years, thanked students for their fundraising efforts. He told them he would be donating his long ponytails to Locks of Love because he didn’t want children with cancer to feel different. “It’s so important never to judge people because they are different in some way,” he emphasized.

“We all have something to give,” he concluded. “Think about what you can do to make a difference for others this summer!” 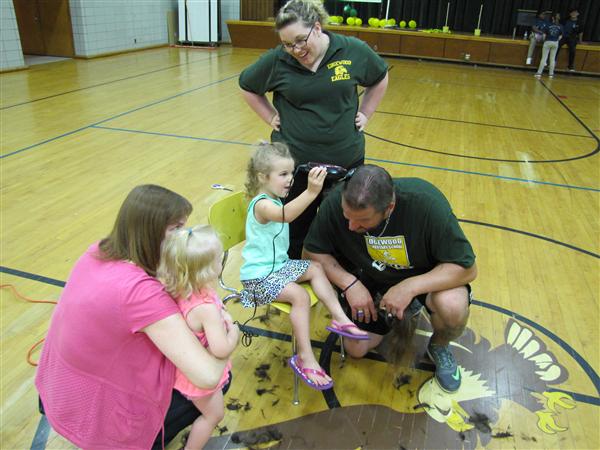 Mr. Basich's family was on hand for the assembly... his daughter (who had never seen him in short hair) even got to use the trimmers!
Copyright © 2002-2021 Blackboard, Inc. All rights reserved.