Michigan City, IN -- May 31, 2017 -- Pam Uryga, an instructional assistant at Coolspring Elementary School for the past 17 years, has been named Indiana’s 2017 Education Support Professional of the Year by the Indiana State Teachers Association.

“I am so honored and thankful to everyone I work with, all the teachers and the staff. I’ve learned by observing them, so this isn’t just for me, it’s for all of us,” Uryga said as she worked through her shock last Thursday after the Coolspring staff surprised her with the news.

She said she’s especially grateful to her husband and son for their support. In fact, it was Uryga’s son, Alex, a Bicentennial James Madison Fellow and aspiring social studies teacher, who secretly nominated her for the award.

Robin Endris and Shelly Malott, Co-Presidents of Michigan City Education Support Professionals, said, “We at MCESP are excited Pam Uryga has been named ESP of the Year. She works with children who are struggling with reading to improve their skills, and has been politically active in several local campaigns.”

As the state’s ESP of the Year Award winner, Uryga will be honored at the ISTA Summer Conference in Indianapolis June 15-17, when she will receive a plaque recognizing her accomplishments.

This is the second time a Michigan City Area Schools professional has been named the state’s ESP of the Year since the award’s inception in 1991 – the first was Endris in 2013. 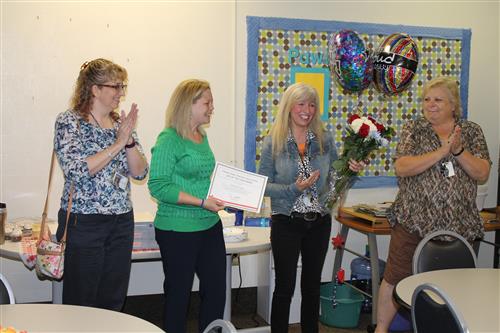 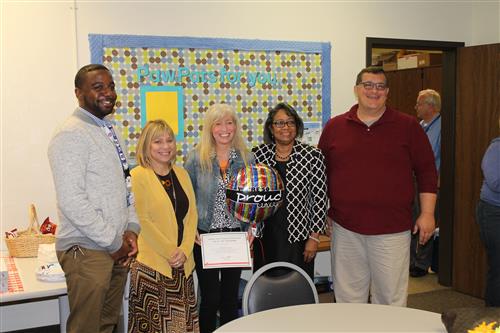