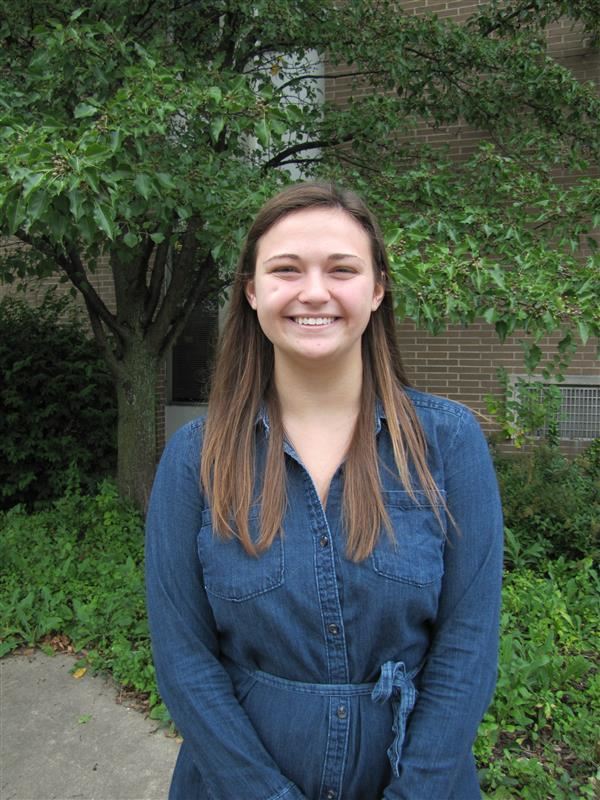 Miller, daughter of Nancy and Michael Miller, has taken 12 AP courses at Michigan City High School and is currently President of the MCHS Student Council and the International Thespian Society. She has appeared in numerous plays and musicals throughout her high school career, and she will be the student director of the high school’s musical, Urinetown, in November. She has been performing with the Michigan City’s Young People’s Theatre company since middle school.

Miller’s academic interests center on science; she has advanced to the regional level in the Chemistry Olympiad for the past two years and is involved in both Mathletes and the MCHS Science Olympiad team. She is a member of the National Honor Society, the Foreign Language Honor Society, and French Club.

In college, she plans to study Chemical Engineering. She is currently considering Johns Hopkins University, Berkeley, Notre Dame, Stanford, Purdue, and several other prestigious engineering programs. “Ultimately, I would like to work in a research lab,” she says. “I want to make things that make a difference.”

In February, Miller will learn whether she is a National Merit Scholarship finalist. Finalists submit a detailed application outlining their academic record, participation in school and community activities, demonstrated leadership abilities, employment, and awards. Recommendations, an essay, and SAT scores confirming the student’s PSAT performance are also required. Approximately 15,000 of the 16,000 semifinalists are expected to advance to the finalist designation, and half will go on to win a National Merit Scholarship.