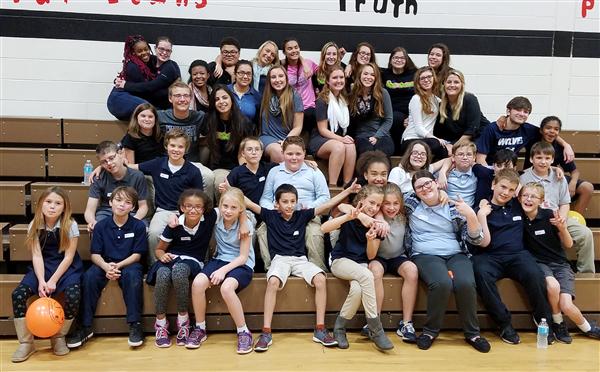 The MCHS students, who are studying Anatomy, AP Biology, and Human Body Systems, manned six stations they created for the younger children, who are in the GT (gifted and talented) program at Knapp. As the students rotated among stations on the Immune System, Cardiovascular System, Nervous System, Skeletal/Muscular System, Digestive System, and Respiratory System, they blew into balloons and straws to compare lung capacity, pretended to be antibodies, and walked through simulated heart chambers.

Other hands-on activities involved fetal pig dissection, examining a sheep brain and a human skull, and learning how to take blood pressures.

“Our class just finished a unit on the human body, where each student became a specialist in a particular system,” said Knapp GT teacher Megan Boyter. “These activities really added to their learning.”

"My favorite was the stomach and pig station, and even though it was gross, I learned about the intestine and the route of food, " said Knapp sixth grader Alaina Kotaska.

“At the respiratory system station, I learned how hard it is to breathe when you have asthma,” said fifth grader Madison Gresham. “People with asthma have way more sympathy from me now!"

The day-long visit included an opportunity for the elementary and high school students to each lunch together.

“The high school students worked hard to come up with ways to teach these concepts  they thought would be fun for both the elementary kids and themselves,” said MCHS Anatomy and Biology teacher Angela Gresham. “The younger kids pushed them, too, asking some thought-provoking questions that at times required on-the-spot research to answer. Both groups learned a lot from one another.”

“They explained everything so clearly,” concluded sixth grader Tyrese Tatum. “I’m so glad they spent the day with us!” 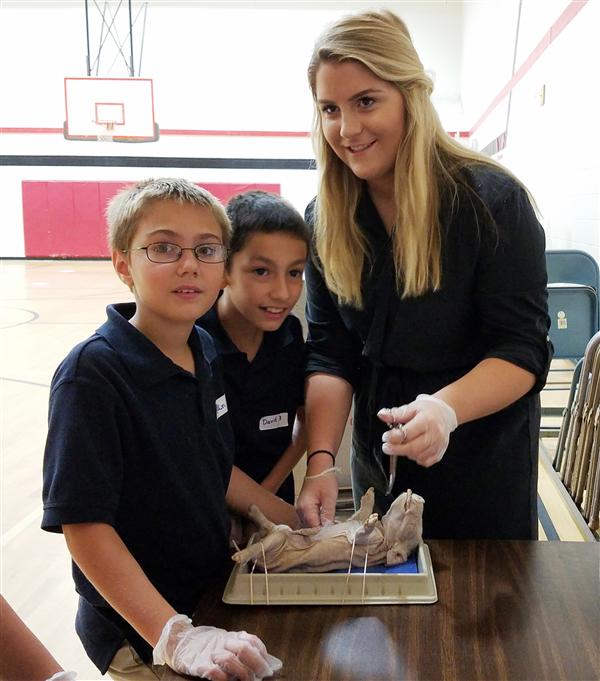 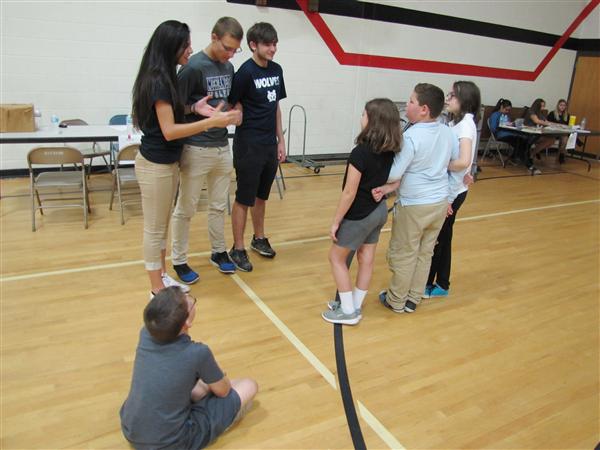