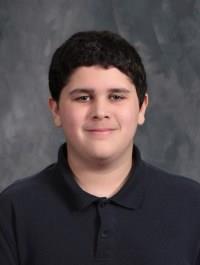 How would you fare as a National Geographic Bee contestant? At the school Bees this year, students had to answer questions like these:

MEDIA NOTE: Prior to the state finals on April 6, press materials with additional information about the state- and national-level contests will be posted at natgeo.org/newsroom. To be notified when these materials are available, or for other inquiries, contact Lexie de los Santos (ldelossantos@ngs.org / (202) 807-3100) with the National Geographic Society Communications Department. You may also contact the State Bee coordinator, Kathy Lamb Kozenski at geni@iupui.edu or at (317)-274-8879, for additional information.

ABOUT THE NATIONAL GEOGRAPHIC SOCIETY

The National Geographic Society is a leading nonprofit that invests in bold people and transformative ideas in the fields of exploration, scientific research, storytelling and education. The Society aspires to create a community of change, advancing key insights about the planet and probing some of the most pressing scientific questions of our time, all while ensuring that the next generation is armed with geographic knowledge and global understanding. Its goal is measurable impact: furthering exploration and educating people around the world to inspire solutions for the greater good. For more information, visit www.nationalgeographic.org.