"Hour of Code" at Lake Hills!

Students learn computer skills with an “Hour of Code”

Michigan City – “Computer Science Education Week” is being marked around the country this week (Dec. 6 through 10), and one way Michigan City Area Schools students are celebrating is through an “Hour of Code.”

With the help of experts from the Michigan City Public Library, students at Lake Hills Elementary School are spending at least one hour this week during the school day to practice what Dave Fink calls “creative coding.” He described this as an opportunity for kids to explore their own ideas in relation to technology.

Fink, an employee of the public library, works often with MCAS students throughout the year on a variety of STEM projects (Science, Technology, Engineering, and Math). He will be spending time at Lake Hills (a STEM magnet school) focusing on coding programs with students in fourth, fifth, and sixth grades.

The sixth-grade project, Laser Eyes, asked students to create a program that followed a voice prompt to have a video of themselves “shoot lasers from their eyes” and incorporate eight different sound effects to accompany it. This is an intermediate-level project, Fink said, and he’ll be working on age-appropriate beginner-level projects for fourth and fifth-graders this week.

“In today’s society, artificial intelligence and machine learning is becoming more commonplace in everyday lives,” Fink said, explaining the importance of coding in the classroom.  “It’s important to understand how we train machines and understand how they work … Artificial intelligence will be part of their future as adults, whether that is as a career, a hobby, or just a computer in their home.”

This “Hour of Code,” along with a “Week of Code” that is celebrated in the spring, aligns with many teachers’ day-to-day curriculum, according to Penny Will. A sixth-grade science teacher at Lake Hills, Will said she tries to incorporate coding into lessons as often as possible for her students.

“From the beginning of the school year, they will work on different programs a couple of times per week, so this isn’t unfamiliar to them,” she said as her class worked with Fink during the “Hour of Code.”

Students are tested over computer science concepts, she added – and as of last year, state statute requires computer science classes to be offered at every school in Indiana. This helps students gain additional digital literacy skills, evaluate, explore, collaborate and problem solve, according to the Indiana Department of Education.

The IDOE also recently reported that Indiana ranks No. 1 in the Midwest and No. 11 in the country for computer science in schools. 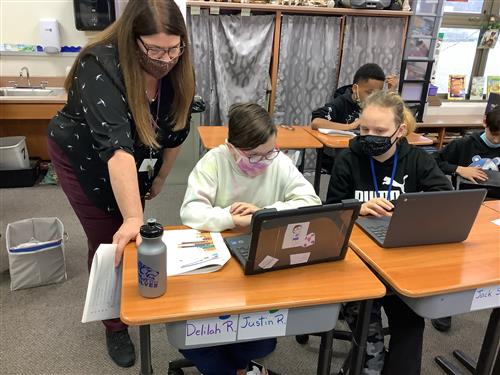 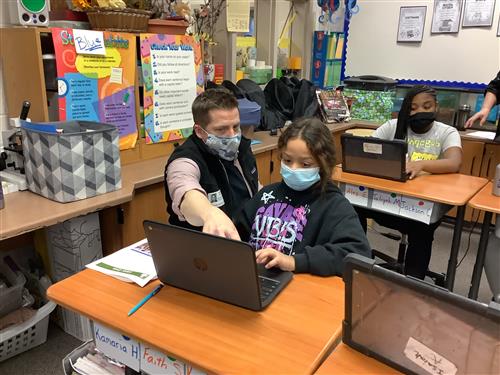 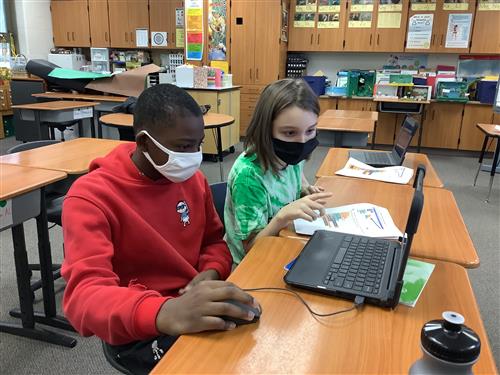